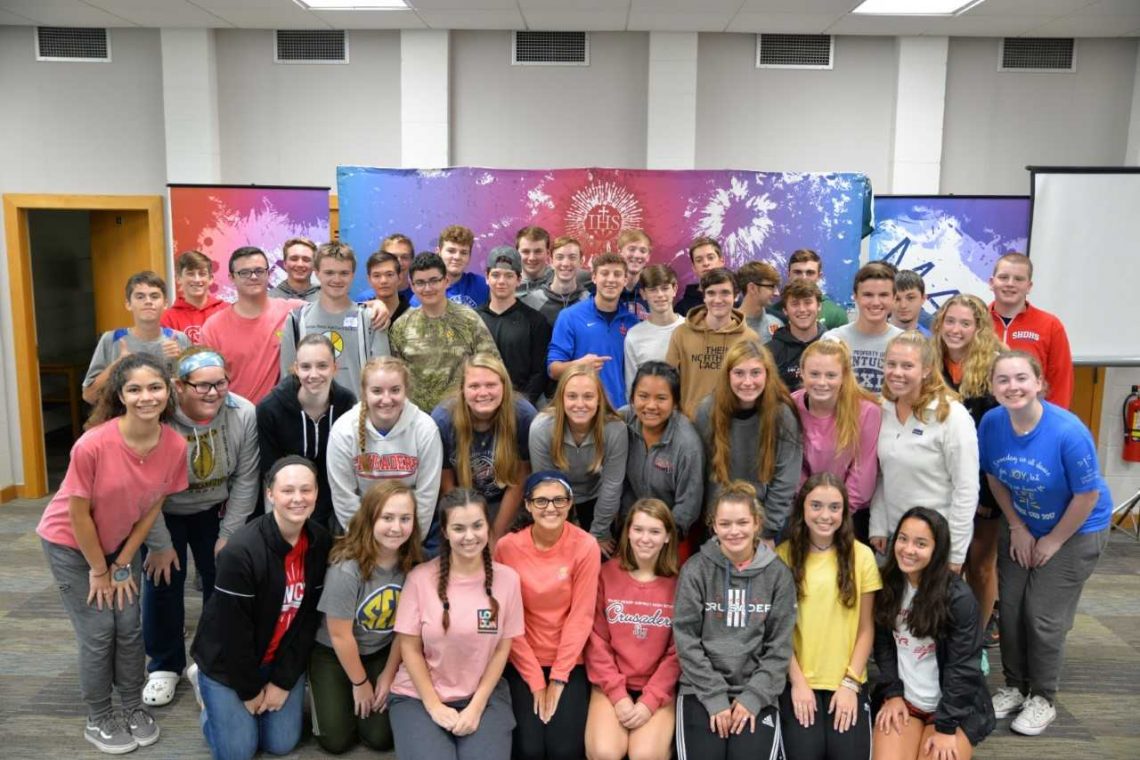 One of the core elements of Ignatian Spirituality is the mantra of “finding God in all
things.” For those of us who have been blessed with a Jesuit education, it has been drilled into our minds. However, in today’s world, the idea of finding God in all things is easier said than done. It can be difficult to find God in natural disasters, periods of depression, loss, the refugee crisis, war, violence, and even periods of transition.

The list goes on and on, but periods of transition seem to stand out for me the most. Periods of transition can be some of the most exciting times of our lives, but they can also be the most difficult times too. As human beings, we always need to continue on to what is next when that time comes, but that does not make it easy. Transition is scary. For those of us who thrive in security, the thought of leaving behind a world we know well for unfamiliar territory is daunting.

Recently, I have found myself experiencing transition. I am a recent college graduate, brand new to the Cincinnati area, and just trying to adjust to my new life one day at a time. Although I am working at the Jesuit Spiritual Center, I would be lying if I told you all that finding God in this new city has been easy. For example, it has been a challenge to find God in the new parishes that I have been exploring with my housemates compared to the way I found God in the little chapel of John Carroll University.

A few days ago, the Youth Ministry team at JSC was holding a Montserrat retreat for the
young men and women of St. Henry District High School. We were holding an evening prayer service for the retreatants in the chapel of our Loyola building. It was a candlelit ritual and for the first time since moving to Cincinnati, I saw God in our simple, Jesuit decorated chapel. I saw God in a way that I often do, in people. I saw Him in each and every one of the retreatants who reverently participated in our prayer service. The conversation that I had with God in that moment should remain between us. Nonetheless, I saw Him in a new place and in individuals I barely knew. I saw Him in a moment where I was exhausted, and fighting to pay attention; where I least expected Him.

Transition is difficult, yes. We often struggle to see God in these times because we are afraid of leaving behind the God we found in our old workplaces, universities, or even cities for a new and unfamiliar God in our new environment. Although it is not always easy to see God in all things, especially in new places, that does not mean that He is not there. God is there somewhere, silently waiting to reveal Himself to you on His perfect timing. Do not miss it!

Klaire Mathews is a graduate of Theology and Religious Studies from John Carroll University, but was born and raised in Columbus, OH. During college, she developed a passion for Campus Ministry, Greek Life, and offering her time to various non profit organizations. In her spare time, she can found updating her personal blog, Irish Dancing, or reading a book she’s most likely already read once or twice. She is very excited to begin her journey at the JSC and to develop the skills that are necessary to be successful in both Ministry or Non profit organizations.