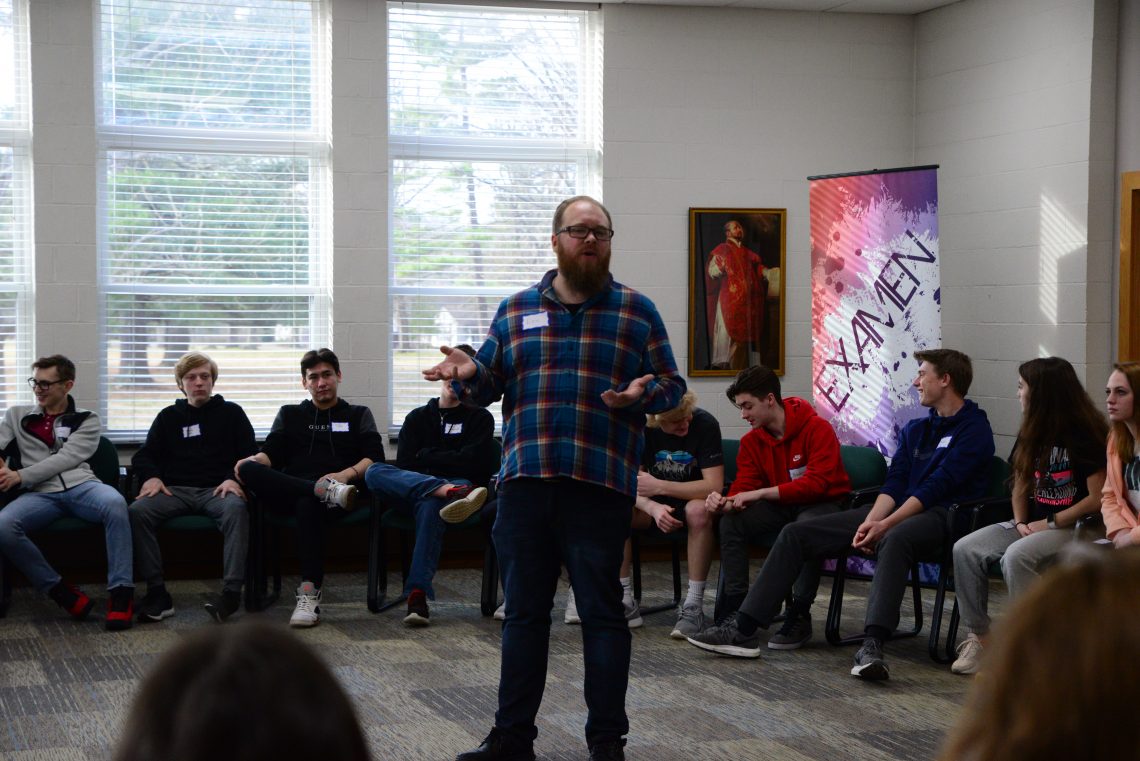 Nearly 500 years ago, a man named Íñigo López de Oñaz y Loyola asked himself a profound and life-altering question: what could I do, if I could do anything I wanted? After being wounded by a cannonball at the Battle of Pamplona, the young warrior found himself on death’s door, wondering the future course of his life. For many years, he had framed his life around epic tales of chivalrous knights. But now he was faced with an existential crisis, and his journey to discover answers led him to a personal revelation that changed the world.

Íñigo was not a perfect man. In fact, many would argue that the good within him had long laid dormant. He considered himself “a fancy dresser, an expert dancer, a womanizer, sensitive to insult, and a rough punkish swordsman who used his privileged status to escape prosecution for violent crimes committed with his priest brother at carnival time” (Traub, S.J., George and Mooney, Ph.D., Debra. A Biography of St. Ignatius Loyola, Xavier University). God, however, saw more within him than he even saw within himself.

His transformation came about through a series of unsought then self-imposed exiles, pilgrimages, and retreats, through which he developed the fundamentals of his Spiritual Exercises. These periods of silence and solitude provided ample opportunity for reflection and discernment, while service and study provided him with important perspective during his ascetic trials.

At the age of 43, after ten years education at the University of Paris, “Master” Ignatius obtained his final degrees and entered the priesthood, placing himself in direct service to Pope Paul III. Today, we honor this man as St. Ignatius of Loyola, founder of the Society of Jesus, whose legacy has forever altered the fabric of the Catholic Church and the destiny of our world.

Ignatius’ story had a profound impact on my life when I entered St. Xavier High School in the fall of 2000. The heroic question for purpose, the constant striving for Magis, “the more”, left an indelible mark on my own spirit. I found myself wanting to know what more God could do with my own life. I found myself abandoning my childhood fantasies and chasing after a purpose-filled life. I gave up my initial college program in Computer Science and began pursuing a life of service and study in theology and education.

12 years later, after breaking my own leg during a mission trip, one of my best friends joked that I was trying “a little too hard” to imitate the life of my favorite Saint. Much like Ignatius, I had no desire to engage in ministry alone. In 2018, in collaboration with the staff of the Jesuit Spiritual Center, I helped to develop an internship program, bringing together a group of ministry “companions” who sought personal, spiritual, and professional formation. For me it was the capstone to a decade of retreat ministry and studying for my own master’s degree.

Nearly 500 years ago, a man named Íñigo López de Oñaz y Loyola asked himself a question. 20 years ago I asked myself that same question and it is the same question I pose to you now:

What would you do, if you could do anything you wanted to do?

Eric joined the Youth Ministry Team in 2008, and after 10 years is excited to step into his new role as Director. In addition, he also continues to serve as Community Life Coordinator for the Ignite Internship, and is responsible for the Center’s IT needs. Eric is a twice graduate of Xavier University, holding a B.A. in Theology and Religious Education, as well as a Master's in Business Administration. You can contact Eric by email at enichols@jesuitspiritualcenter.com or by phone at (513) 965-6988.