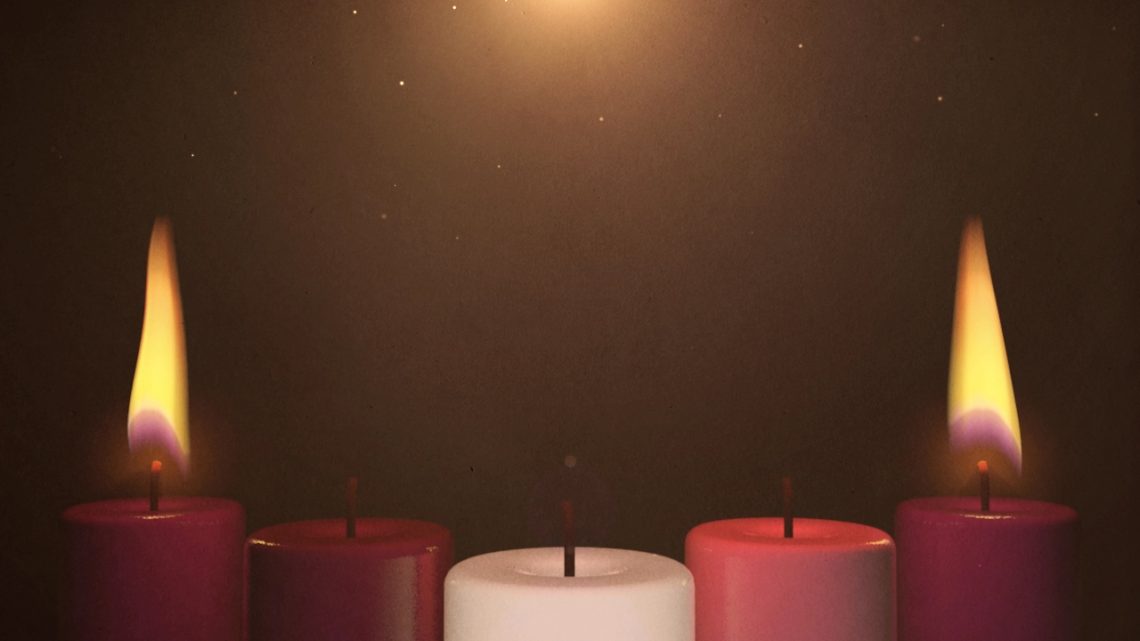 Welcome to the middle of the second week of Advent. Being nearly halfway through the season, it feels hard to believe how quickly Christmas is approaching! Luckily, in our liturgical calendar’s preceding season, we are given time to take a step back and better prepare for the coming of our Lord. Fr. Mike Schmitz spoke on this in one of his recent homilies. At the start of Advent, he told us that part of what it means to stay awake and be ready is to live in the present moment and “be here now.” So much of our experience over the past year makes it seem like we are in waiting. Waiting for the end of Covid, for the end of mediocrity, for the end of isolation. It sometimes seems like all we can do is sit and wait for our lives to start back up. Yet, regardless of how messy it may seem, this is our life. Life did not halt whenever the world began to struggle. We kept moving, kept growing, and God continues to shape us.

In his homily, Fr. Mike mentions a book: He Leadeth Me by Walter Ciszek. In his book, Walter, a Catholic priest, talks about being captured by the Russian army during World War II. Accused of spying for the Vatican, he was sent to the Soviet prisons and labor camps. During his experience, he found desolation through forced labor and inhumane conditions. His greatest consolation was found through shared suffering with the other prisoners. Seeking to bring hope to his fellow laborers, Walter revealed to them that he was a Catholic priest, but, unfortunately, such a revelation only brought further desolation. The Soviet state had done a great job of conditioning its people to believe that the Catholic church was evil by nature. That priests were either simpletons, dukes of a capitalistic system, or friends of scandal. So, where they sympathized with him before, even his fellow prisoners began to show him hatred.

Walter was alone. So, as many people do when no one else is available to turn to, he turned to God. In His life, Jesus found suffering, pain, and abandonment. Surely He would be able to sympathize with Walter when no one else would. Instead of taking his burden away, however, God offered consolation by increasing Walter’s self-knowledge and his understanding of God’s divine providence and mystery of salvation.

The grace that he had received was a greater realization of how selfish he had become in his circumstance. He felt sorry for himself when he was humiliated. He sought self-pity when no one found comfort in his vocation. When no one was present to hear his sad story, he turned inwards rather than outwards. It was here that Walter realized that he and his fellow laborers did not have to be products of their environment. Sure his situation was inhumane, but that did not make him or any other prisoner less human. They would only be degraded if they allowed themselves to be so. At that point, Walter knew that God’s work couldn’t be done if he just sat feeling sorry for himself.

Walter sought something different. He wanted desperately to leave his wretched situation and return to his former life, but instead, he was given peace and consolation from where he was. Instead of accepting desolation, he used his uncomfortable state to better unite his own life with Christ’s.

It’s a remarkable story. Maybe we will never fully relate to such suffering, but it does cause me to pause and think. Perhaps I want Covid time to end, perhaps I want Advent to move a little faster, or maybe something else in life is leaving me wanting. It’s easy to get distracted, but maybe I should consider how I can make the most of my present situation. This is my life after all. Perhaps these are things we all should consider as we carry on through Advent.

Please help us to be present and attentive to now. We offer You each moment, both the good and the bad, and we ask that You help us to accept and grow from these experiences. May we learn from our fellow servant Walter when he says: “What can ultimately trouble the soul that accepts every moment of every day as a gift from the hands of God and strives always to do His will?” Help us to accept the gift of today. May we carry ourselves through it with untroubled souls.

A graduate of Fontbonne University, majoring in religious studies. Spent 2 years in Milford, Ohio working for the Jesuit Spiritual Center in their "IGNITE" youth ministry program, where he's helped to lead over 100 retreats. Danny is overjoyed to take what he's learned home with him to St. Louis, Missouri, in the hopes of leading others to Christ in his own little way. God Bless You, and please pray for Danny!