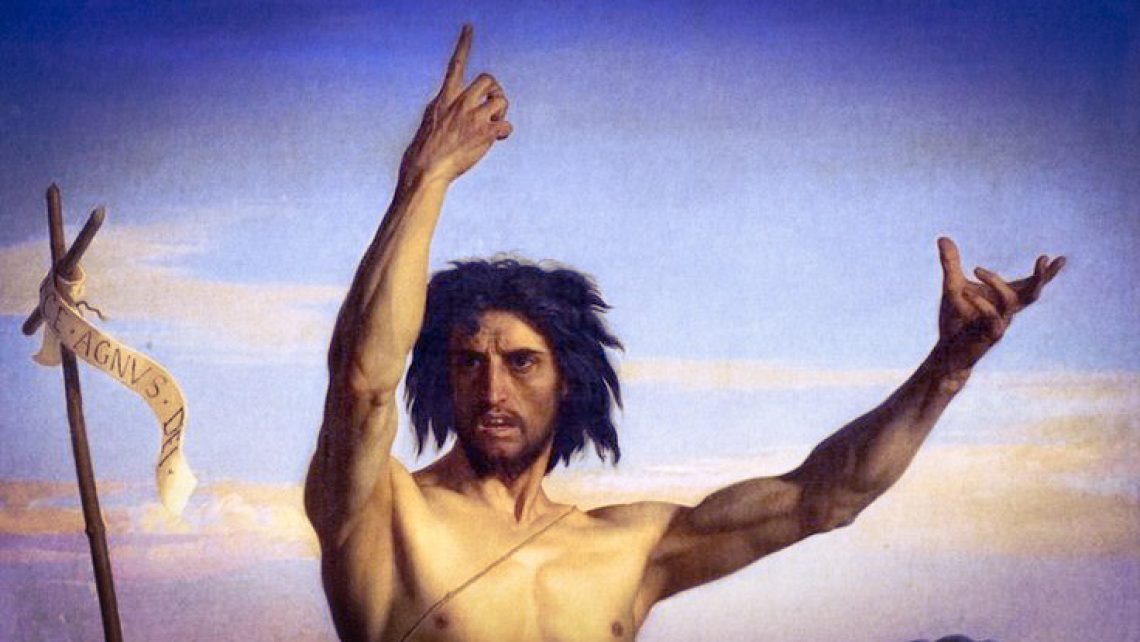 Preparing the Way of the Lord

St. John the Baptist prepared the way of the Lord, as we are all reminded to do during this Advent season. John was the voice crying out in the desert. A man who lived and breathed the mission he was given by God. In the Gospel of Mark, he is described as “…clothed in camel’s hair, with a leather belt around his waist. He fed on locusts and wild honey (Mark 1:6).” John may appear as one to avoid by his physical appearance, smelling of camel and desert living…and yet he drew crowds who desired to listen to him preach and to be baptized. What did John have that would draw a crowd from their comfortable living and working quarters to go out to a desert? No enticing doughnuts, coffee, comfy chairs, or trendy music would welcome them when they arrived. John had no bulletin board to advertise himself or social media account to reach people. I doubt he was wearing the latest fashion or portrayed anything of the typical image of a successful man of his time. So what about John and his message were so riveting? Especially a message like telling them to repent for their sins. Wow…to discuss sin is just begging for conflict, isn’t it? St. John did not let the people of Judea be content in their current sinful state, but urged them to desire more and invited them to a deeper relationship with the Lord and Savior to come. And the people, hungry for this deeper relationship with God, came. “People of the whole Judean countryside and all the inhabitants of Jerusalem were going out to him and were being baptized by him in the Jordan River as they acknowledged their sins (Mark 1:5).”

Then, the Lord, Himself, came to John at the Jordan River as the fulfillment of the message he preached in the wilderness, “One mightier than I is coming …(Mark 1:7)”. Everything John said and did pointed them to Jesus. While we may try to distance ourselves from and dismiss a wild man out in the desert preaching about the repentance of sin and the coming of God as “that crazy guy”, the Lord specifically chose John as a relative and the lamp to go before Him. John’s life is a testimony of how simple and strong the Word of God spoken and lived is. And the Gospel message itself will draw the crowd. We know that Jesus, the Word Incarnate, could draw a crowd in person, but also merely His Word draws the hungry soul as it did through John and continues today through us if we permit the Word to be lived and spoken in us.

Sometimes, in ministry I think it is any easy temptation to try to make God’s Word more attractive and appealing to others by adding our own touch to God’s message in some way. I know in youth ministry it can be difficult to constantly stay current with the pop culture and lingo of young people who are plugged into the mainstream. However, young people and all people still crave the same longings that God places within us. Maybe we believe God desires to give those whom we serve a message that is “too complicated”, “too religious”, “too old”, “too harsh”, “too sappy”, “too Christ-centered” and not pleasing to the ear. Sure, we all have our own styles and expression of ministry that God gave us to use to approach others and this is good…but do we also become the obstacle in the way of God in ministry? What if the Word does not need our spin on it in order to be listened to and understood well? What if all it takes is our docility to the Word and to let the Word change us into how we are meant to speak it, as John the Baptist did?

The world needs conversion to Christ- starting with our own. Conversion, to me, is a never-ending process of letting go more and more to God in me so that He can use me as His instrument for the mission He designed for me. As John the Baptist states in reference to Jesus in the Gospel of John, “He must increase; I must decrease (John 3:30).”

I challenge all who are in ministry, including myself, to pondering some serious questions and examination of conscience. Do we lead others to the abode of all graces in the Sacraments Jesus gave us in the Catholic Church? If we are not leading others to Christ’s Heart, where are we leading them? To ourselves? Do we really think we can teach or do anything better than Christ can? Do we lead others to mere worldly and erroneous opinions or to the Truth?

If we think God’s message is not riveting enough as it is, I daresay, that is our own poor spiritual formation speaking and we need to ask God for the graces to delve deeper into the sacred mysteries to make us new. If St. John the Baptist’s life and preaching stirred the hearts of people to come meet him in the wilderness to hear him speak of God, surely, we in Christ can do likewise! Let us prepare the way of the Lord so that all hearts may be ready to accept Him this Christmas and into the New Year!

Born and raised on the West Side of Cincinnati, Shannon graduated from Mother of Mercy High School and journeyed to Kentucky to graduate from Georgetown College. She pursued a career as a horsemanship trainer, but felt God tugging at her heart to become something more. Shannon found the “more” that she was seeking during last year’s JSC internship experience. She is excited to be a part of the JSC team for another year to continue to develop her ministerial skills.