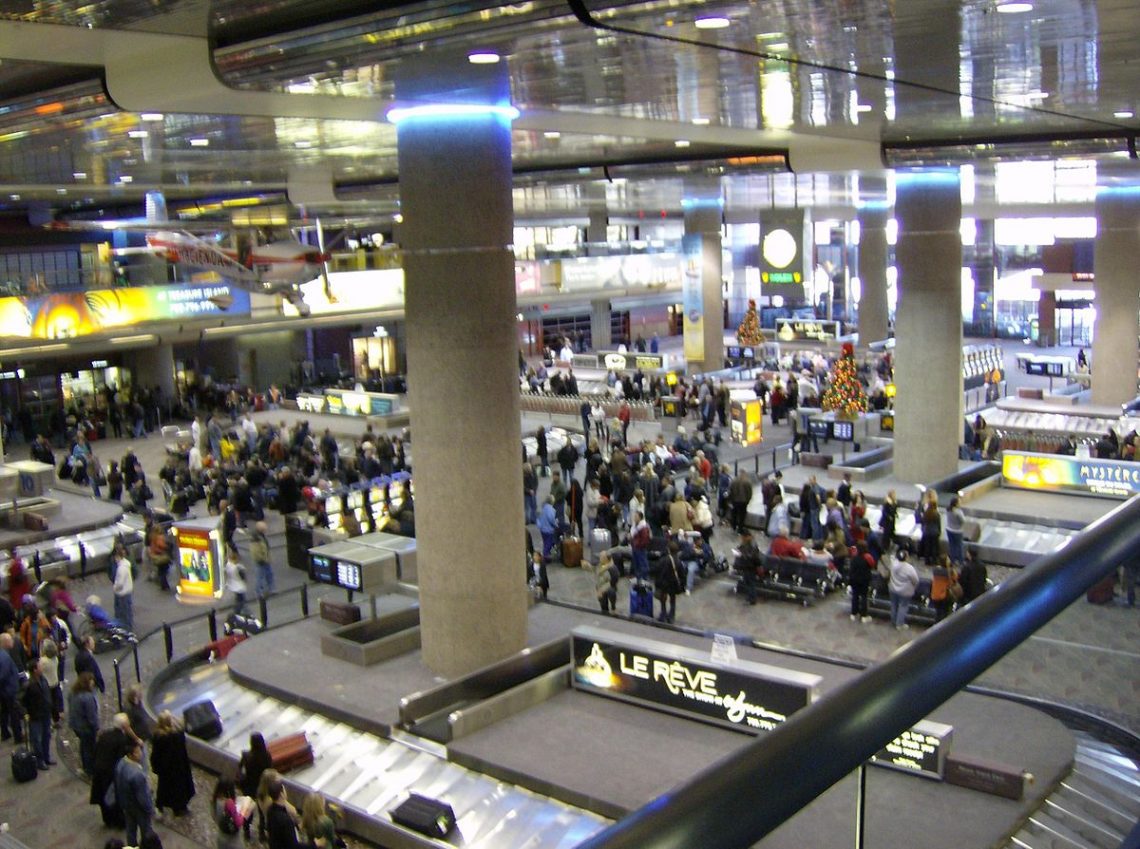 I haven’t done a lot of flying in my life. Once the Great Recession hit when I was in junior high, travel stopped being a priority for my family. Between 2007 and 2016, I never once stepped foot in an airport. Those were my ages 13-22 years. That whole formative period of my life was devoid of significant travel and airline experience.

“Absence makes the heart grow fonder,” and in this case it was true. During time, air travel had developed a mystique for me. Important people use planes: business executives, touring musicians, and movie stars. You’re among those people when you enter a plane. You pack your attractive weekend-bag with only the clothes you want to be seen in and walk through the polished marble floors of the terminal entrance where you jet set to New York, LA, or Miami in a matter of hours. You have a fancy fun weekend in your city of choice and then fly back home comfortably by Sunday night. It’s glamorous. Probably.

I believed in “Glamorous Air Travel” for a while. Even when I went on a weekend trip to New York with my family in 2016 and had a not-so-fun experience at LaGuardia, I just chalked that up to “LaGuardia’s the worst, what can ya do?”

No, it took a much bigger experience to shake “Glamorous Air Travel” out of my head.

My best friend since junior high, Ryan, took a job in Seattle last spring. We’d been saying for over a decade that we needed to take a trip together, so why not I check out the Pacific Northwest with him. So, I did that this past August. I’d spent so much time the past year ministering to teens on retreat, it was time that I treated myself.

It was going to be my first time flying alone. My friend has a lot more travel experience than I do, so I took all the advice he gave me for booking my flight. The trick to a cheap plane ticket? Transfers. Lot’s of transfers. With multiple airlines, too. My trip to Seattle would start off on Frontier going to Las Vegas. From Vegas, I take Spirit to Seattle where Ryan picks me up. Coming home, I would take the opposite Spirit flight from Seattle to Vegas, and after a couple hour layover I catch a Delta flight to Minneapolis and then back home to Cincinnati. Three airlines, three layovers, less than $300 round trip.

What should have tipped me off first to the experience I was about to have was when I realized the discount airlines I was using didn’t have free overhead storage. I had to fit everything I was taking in my small carry-on. No attractive weekend-bag.

Whatever, I can do this. Ryan has a laundry machine at his place. I’ll just economize my packing and reuse some shirts.

August finally comes and I show up to Cincinnati’s CVG airport carrying my stuffed-to-the-seems backpack, a passport for a day trip to Vancouver, and not much else. Boarding time for my first Frontier trip comes and I check my seat out: a molded piece of L-shaped plastic with a layer of pleather upholstered to it as “cushion.” And it doesn’t recline.

But you know what? It’s fine. It’s uncomfortable, but I can deal.

Once I get into Vegas, I spent an upsettingly large sum on a neck pillow thinking it would help me sleep on the non-reclining chairs of my next flight (it didn’t). The rest of that night was fine, though the Spirit flight to Seattle was delayed a little bit. I’d arrived in Seattle around 1 AM safe and sound. I then spent five fun days of hiking and sightseeing with my oldest friend, and that made the next portion of this story mostly worth it.

Once I’m back at the Seattle airport and seated in my Spirit flight, on schedule, I’m ready to start my journey back home. I’ve already realized getting there that “Glamorous Air Travel” wasn’t really a thing. I’m sitting in my Spirit flight to Vegas ready to just bear this final part of my vacation so I can sleep in my own bed again. Spirit had other plans for me, though, because even though we all boarded the plane on time, we certainly didn’t leave Seattle on time. After a half hour of sitting on the tarmac, the captain announced that we were undergoing “last-minute maintenance” (read: “This is an old plane that’s falling apart”). We ended up stuck in our seats for over two hours before we finally were in the air. I had already missed my connecting Delta flight by the time we landed in Vegas.

The only thing that made this wait and flight bearable was that I made a Plane Friend. She was from Columbus and plays roller derby which is super cool. She shared some homemade onigiri with me on the flight, so I can now cross off “Accept food from a stranger on a plane” from my bucket list. We still follow each other on Instagram. It was special.

After we land in Vegas, Plane Friend and I say our goodbyes and I go to see if there’s anyone who can help me get home. The answer is no, because it’s 1 AM and no one works at the front desk at the Las Vegas airport until 4 AM. So I try to sleep. But it turns out this airport is designed to keep people from sleeping. There are no couches to lie on, there’s flashing lights everywhere because apparently even the airport in Vegas needs slot machines. And if you manage to overcome those issues you then have to deal with the blaring disco from the overhead speaker that is only occasionally interrupted by the sounds of Wayne Newton welcoming you to his home town.

Around 3 AM Pacific time I give up on sleeping and realize that my mom is probably awake in Cincinnati, so I call her up because everything is terrible and sometimes you just need to call your mom. Once she gets past the shock of being told that her baby boy is literally stranded in the desert, she calms me down and tells me I just need to suck it up and find a new flight back to Cincinnati. I do that. Now my total travel costs for this trip are significantly more than $300. But I manage to get home on a United flight that *PLOT TWIST* has cushioned, reclining seats. Glamorous.

Walking through CVG was like having the ending of Apollo 13 injected into my veins. No one around me knew the adversity I had just overcome. But I’d traveled and survived. I deserved a medal or something.

Reflecting on this experience three months later, a lot stands out. Chiefly, I was very dumb about this whole experience. You probably made that assessment already. I should have shelled out for a more direct flight and not used multiple airlines. Honestly, I knew that when I first booked the flight. But I was being cheap and crossing my fingers.

The other big lesson to be gleaned from this, though, is that I am remarkably small. On the grand scale, whether I make it home on time makes no difference to most people, and the airlines treated me as such. My discomfort, frustration, sleeplessness, even my semi-ironic triumph making it home meant almost nothing to anyone except myself. That’s true for everyone. Each of us is very small. But it’s that shared smallness that’s important. That shared smallness is what church is. Not grand temples and organ music. Church is a bunch of small people, being together to share what they have in common, be it faith, community, or a piece of onigiri.

It’s a struggle for me sometimes to relate to the high schoolers on our retreats. I’m at least six years older than all of them and that might as well be 20 years as far as most of them are concerned. But we are the same in the eyes of God. We share the same space, breathe the same air, and eat the same food. Even if it’s hard for us to realize our similarities, finding understanding is an opportunity for learning and growth, no matter how small we are.