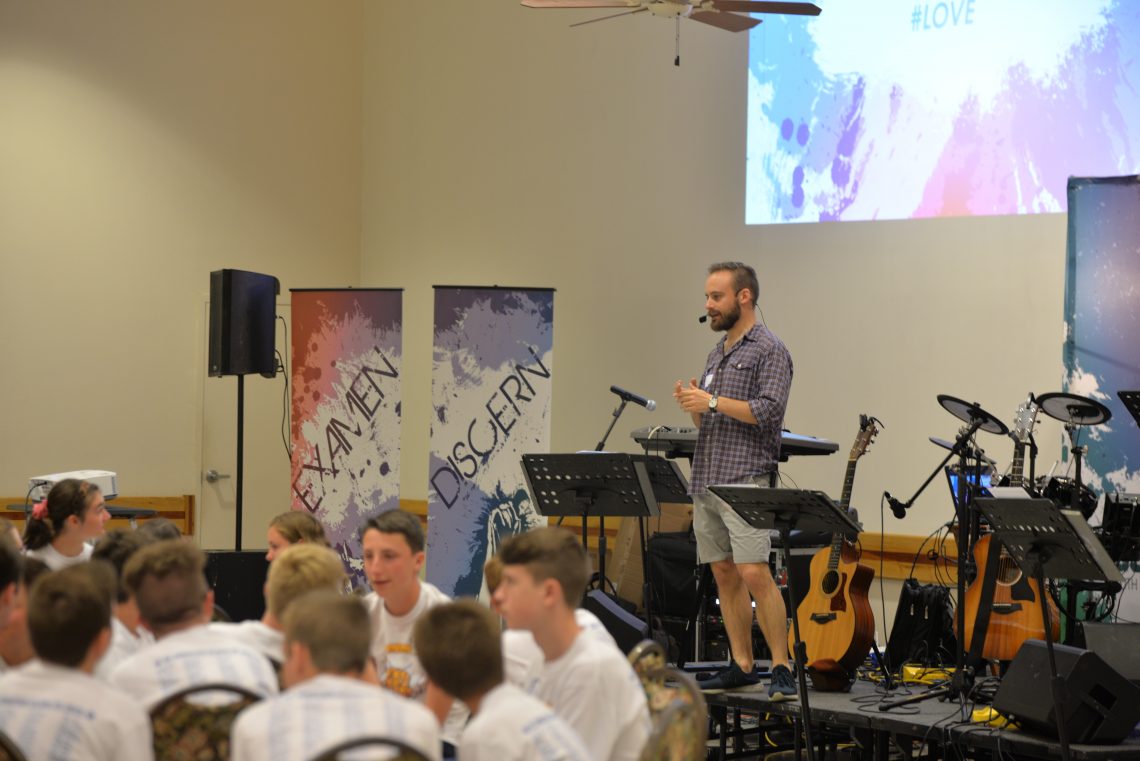 I was having a private voice lesson one Saturday morning around my sophomore year of high school. At that point I’d been taking lessons with my teacher, Lynne, since the summer before eighth grade. These lessons were a highlight of every week, but I always wondered if I actually improved from lesson to lesson. I was self-confident (or maybe just arrogant) enough to know that I had as strong a voice as anyone in my grade, but I’d felt that way since eighth grade. What If I was just better from the very start and nothing had changed since then?

My Saturday mornings with Lynne were always centered on what I needed to do better. Breathe deeper here. Relax your jaw more. Work on navigating your passaggio during that run at the beginning. There was so much to concentrate on, it would have been a waste to focus on the techniques I’d already figured out. Besides, what would have been my motivation if I just thought I was good at everything already?

The difference with this voice lesson was that about 15 minutes into our half hour together, Lynne stopped playing the piano during a vocal exercise and told me something new:

“Joe, this is incredible. You’re maintaining your volume when you hold that note instead of getting softer as you go. Your dynamic changes are consistent and noticeable. I’m ready to say that you’re no longer a beginning singer and are definitely in the intermediate range now.”

I wasn’t expecting this. For one, I was a little surprised that I could still be considered a “beginner” after having taken voice lessons for three years, but I also never realized that “intermediate” was a goal I was building toward. The idea that I could get progressively better at singing was foreign to me. I just thought there were good singers and no-so-good singers. I didn’t feel like that much better of a vocalist than the year before. But I could tell people I was an intermediate level singer now. Weird.

Progress isn’t an easy concept to grasp. It’s slow, requires hard work, and demands self-awareness. But after a while, you take a step back, and it’s there right in front of you. It never seemed like anything was changing over those hundreds of voice lessons I’d taken, but my teacher could clearly see the change in me. I had a similar experience in my last few months at JSC.

The youth team was working a freshman retreat in Columbus. I was tired from the previous day’s work and hadn’t felt prepared for the activity I was about to lead in front of the group of about 120. I was presenting clips from the Three Tests of Faith scene at the end of Indiana Jones and The Last Crusade. I’d led this activity several times before, but this instance was my first of the school year. I wasn’t sure how it was going to go. It would probably be fine but zoning out and forgetting what to say certainly felt like a likely possibility too.

But I got up there, and everything went perfectly. It wasn’t just that I got good feedback from my colleagues afterwards. I could tell as I was up there that I was doing a good job. I didn’t expect that and wasn’t sure what to make of it.

What I figured out was that I did well in front of those freshmen because I was simply good at my job now. Even when I wasn’t feeling 100% myself, my experience meant that I could still thrive. I’d thought that I was talented at youth ministry from the beginning, but this was something new. I wasn’t just talented, I had demonstrably improved.

One of our favorite scripture passages to give retreatants to reflect on is Jeremiah 29:11

For I know well the plans I have in mind for you, says the Lord, plans full of hope and prosperity, not of woe.

When our team presents this verse to them, we focus on the word “prosperity”. There is the culturally engrained definition of it, but we make it clear to retreatants that prosperity really means to grow and thrive. God wants us to constantly become better, no matter the situation. It’s never enough to rest on our laurels or get bogged down because we don’t notice ourselves improving. The very fact of our existence is a miracle, and to embrace that miracle means we need to always be searching for the path God has set out for us.

Even though I’m realizing that I’m good and experienced as a youth minister now, I know that there is still work for me to do to embrace this vocation more fully. Just this morning I was giving a talk to retreatants on that verse from Jeremiah and could tell that there were important points I was glazing over and not explaining to their deepest level. There is more for me to learn, and there will always be. I embrace that, and I thank God endlessly for giving me more from which to learn and grow.